Experts Say Tanks in Tiananmen Square May Be Chinese

WASHINGTON DC- “We have multiple lines of evidence converging on the same conclusion” said Joanna Gambolputty, a senior defense analyst at the RANT Corporation. “We have satellite photos of soldiers wearing Chinese army uniforms entering tanks with Chinese markings on Chinese army bases. These tanks were then tracked as they traveled across Chinese territory to the Chinese city of Beijing, which is located in China. Clearly, these tanks could be Chinese” added Gambolputty.

Gambolputty first gained prominence with her landmark zoology paper entitled “The Geography of Ursine Defecation: A Shocking Conclusion” first published in The American Journal of Hyporhinotology. “I was really going out on a limb with that one, but it paid off. I was even bold enough to suggest that further research was NOT needed” said Gambolputty.

Meanwhile, Defense Department officials have struggled to determine what the tanks might do next once they reach Beijing. “Regardless of what happens next, this is a wake-up call for Congress to appropriate enough funds for us to close the tank gap with China” said General Haywood Jablome of the 1st Armored Division. “If they send out tanks to act as riot police, they must have many more than we do.” 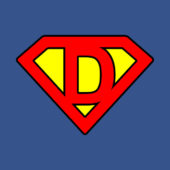 Good morning my Glibs and Gliberinas! And what a wonderful day it always is!   DOJ may sue states returning…

There are a lot of contenders, but Lake of the Ozarks might be the worst place in America right now…