See that kindly old man in the pic? Charles Upham: nice guy, good husband, good father, occasional temper outbursts against people who pissed him off but nothing terrible. Oh, also a helluva of a soldier – the most decorated soldier in New Zealand history.

Upham was born in 1908. His father was a lawyer; his mother a homemaker. Upham pretty much always wanted to be a farmer and, after finishing high school, he went off Ag College, earned a diploma, worked as a sheep farmer, then became a valuer for the NZ government. Upham also joined the New Zealand Territorial Force (equivalent of the Army Reserve) where he put in five years.

On September 3, 1939, New Zealand declared war on Germany within hours of Britain’s declaration. Upham enlisted as a private that same month at the age of 30, and by December had been promoted to sergeant. The Second New Zealand Expeditionary Force sailed for Egypt later that month and, in June, 1940, Upham went to Officer Cadet Training. Upon completing that training, he was promoted to second lieutenant. Upham’s unit saw their first action in Greece in March, 1941 from where they were ordered to withdraw to Crete. Here, Upham was part of the Battle of Crete. The thirteen-day battle was a bloodbath for both sides. Of the 42,000 British, British Commonwealth, and Greek troops involved, approximately 4000 were KIA or MIA, 2000 wounded, and more than 17,000 taken prisoner. The Germans suffered almost 6000 casualties out of the 22,000 deployed.

Upham’s first combat on Crete was on May 22, two days after the first German paratroops landed, when his unit was part of the counter-attack on Maleme airfield which the Germans had captured on the second day of the battle. During the attack, the platoon he commanded was three times held up by heavy German resistance. In the first case, it was a German machine-gun nest. According to the later official citation written to support the medal awarded to Upham, he “advanced to close quarters with pistol and grenades, so demoralizing the occupants that his section was able to ‘mop up’ with ease.” On the other two occasions, Upham worked his way close enough to German machine-gun positions that he was able to destroy them with grenades. Ultimately, the counter-attack failed to retake the airfield, and the New Zealanders had to withdraw. Upham helped carry out a wounded man under fire. Upon his return to NZ lines, Upham and one other man were sent to guide out a company which had been isolated 600 yards behind enemy lines.

As the battle continued, Upham was wounded by mortar shrapnel and was also shot in the foot, but continued in combat. On May 25, he went forward with his platoon sergeant to warn other troops they were in danger of being cut off. Coming under fire, he was wounded in the arm and played possum. While out of sight of two German soldiers, he crawled to a tree, rested his rifle in a fork in the branches, and shot both the Germans attacking him. Allegedly, the second German fell onto the muzzle of Upham’s rifle. During the entire battle, Upham suffered from dysentery. He was among the troops fortunate enough to be evacuated to Egypt where he was promoted to captain.

For his actions during the Battle of Crete, Upham was awarded the Victoria Cross (VC) – the British Empire’s highest award for gallantry (think Medal of Honor). The official citation opened with, “During the operations in Crete this officer performed a series of remarkable exploits, showing outstanding leadership, tactical skill and utter indifference to danger” and ended, “He showed superb coolness, great skill and dash and complete disregard of danger. His conduct and leadership inspired his whole platoon to fight magnificently throughout, and in fact was an inspiration to the Battalion.” Upham abhorred the pomp and ceremony which followed the award, insisting it should be awarded to his men who fought beside him

Upham next saw action in the First Battle of Ruweisat Ridge (part of the First Battle of El Alamein – where British and Commonwealth forces stopped Rommel). The New Zealanders (& others) broke through the German defenses and advanced along the ridgeline. Too late, command officers realized that what they thought were German forward pickets were actually the main defense line. These German forces prevented Allied reinforcements reaching the advance units which were then counterattacked by the Afrika Corps. Upham’s unit was part of the second wave of the first attack. During the initial assault, Upham was wounded twice but managed to use grenades to blow up a truck load of German soldiers. Later in the battle, Upham was ordered to send an officer out to find out where the most advanced New Zealand troops were. Naturally he sent himself, armed with a Spandau gun (a.k.a MG 34), took fire from enemy machine gun posts, and brought the information back.

Upham and his men remained in combat for several days, during which time he led assaults on machine gun posts and tanks. He was shot through the elbow by a machine gun bullet which broke his arm, but returned to combat where he was wounded again. Too weak to move, he was captured and taken to an Italian field hospital. There, the Italian doctor marked his wounded arm for amputation, an operation to be carried out without anesthetic. Having watched several other soldiers die from the pain and trauma of the makeshift surgeries, Upham refused (for the rest of his life, Upham was sure this refusal had saved his life).

Upham was eventually shipped off to Germany as a POW where he made numerous escape attempts. On one occasion he tried to climb a fence in daylight, became entangled in the wire, and fell down between the inner and outer fences. Confronted by a German guard threatening to shoot him, Upham slowly pulled out a cigarette and lit it (although there is no doubt the event took place as described there is some suggestion that the photo was staged at a later time).

Eventually Upham was shipped off to Colditz. He made his final escape attempt by leaping from a train during his journey to Colditz, and was recaptured after 12 hours. When American forces liberated Colditz, Upham joined one of the units, was given weapons and a uniform, ready to go back into combat. Before he could, he was ordered back to Britain. In London he was reunited with Molly McTamney and they married in June, 1945. In September of that year, Upham was recommended for his second Victoria Cross (or more correctly, a bar to the first) for his actions in North Africa. So unusual was this that King George VI, who had invested Upham with the first VC upon Upham’s return to London in May, questioned whether this was proper (see below for why). The CIC of New Zealand forces replied, “In my respectful opinion, sir, Upham won the VC several times over.”

Upham returned to New Zealand in September, 1945, (he had also tried to join NZ combat forces in the Pacific but his request was refused) where he returned to his first love – farming. The local community raised £10,000 pounds to buy him a farm. Upham declined the gift and the money was used to fund a scholarship – which still operates – at Lincoln College (now Lincoln University). In order to buy his farm, Upham took out a war rehabilitation loan (think GI Bill) to buy a farm in Hundalee where he also took in broken horses so they wouldn’t be shipped off to a glue factory. One piece of lore says that, until the day he died, Upham never allowed a piece of German machinery on his property, and may have even taken potshots at VWs driven by visitors. Charles and Molly had three daughters (including twins). For twenty years he also served on the board of Christ’s College (a secondary school and his alma mater).

Home on the farm

Charles Upham died November 22, 1994, aged 86. Among the death notices published in the Christchurch newspaper was the following: One of the bravest and best soldiers — in deep respect. Sympathy for family and friends on behalf of the Association of former Afrika Korps, –Karl Heinz Boettger (Col Ret’d), Hamburg Germany. Upham’s funeral was held in Christchurch where an estimated 5000 people lined the streets. He is buried in St. Paul’s Anglican Church, Papanui.

The Victoria Cross was first awarded in 1856 for acts of valor during the Crimean War. In 1999, New Zealand created a separate award named the Victoria Cross for New Zealand. Between 1856 and 1999, 1352 VCs were awarded (across the British Empire & Commonwealth, not just to New Zealanders) – about 20% posthumously (for comparison, since 1861, the US government has awarded 3527 Medals of Honor, with 19 people receiving two. The British tend be a little more chintzy when handing out medals).

Only three men have won the VC & bar. Arthur Martin-Leake won his first VC as a combat surgeon in the Second Boer War in 1902 for attending wounded men under fire. He won his bar as a member of the Royal Army Medical Corps for actions in Belgium in October and November 1914, for rescuing wounded men near the German trenches. Noel Chevasse, won his VC in October, 1916 as a member of the Royal Army Medical Corps for attending wounded men while under fire in France. He won his bar for actions in July and August, 1917, in Belgium. He was wounded while bringing a fellow soldier out of No Man’s Land but continued to work at an aid post while also venturing multiple trips into No Man’s Land under fire to bring back wounded.

Charles H. Upham is the only combat solider to win the Victoria Cross and Bar. And, if that’s not enough reason to admire the man, allow me one more. Despite numerous attempts to recruit him, Upham steadfastly refused to go into politics.

Upham’s medals. The Victoria Cross is at far left.

Kenneth Sandford, Mark of the Lion. Originally published in 1962, it was reissued in 1994 with a new afterword by Bruce Wallace covering Upham’s life from 1962-1994. I haven’t read the afterword. The original was accurate but leaned to the hagiography side.

Tom Scott, Searching for Charlie: In Pursuit of the Real Charles Upham (2020). Although determined to be more even-handed than Sandford, Upham still emerges from this book as a hero. Scott also discusses his travels to the various battlefields on which Upham served.

Here’s a podcast interview with Tom Scott about his writing of the book.

Charles Upham, “This is Your Life.“ 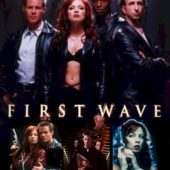 Good morning my Glibs and Gliberinas!  And what an absolutely amazing day it always is!   McConnell claims Republicans will…

The Abominable Dr. Cobia Dr. Brytney Cobia said Monday that all but one of her COVID patients in Alabama did…