Ever wonder why your muscles get sore after exercising? All I was ever taught is when you lift weights, you get tiny tears in your muscles. Those tears “knit” back together making your muscles stronger. Surely there is something more to it, isn’t there?

Britain’s National Health Service gave me this answer: Sore muscles after physical activity, known as delayed onset muscle soreness (DOMS), can occur when you start a new exercise program, change your exercise routine, or increase the duration or intensity of your regular workout.

When muscles are required to work harder than they’re used to or in a different way, it’s believed to cause microscopic damage to the muscle fibers, resulting in muscle soreness or stiffness. DOMS is often mistakenly believed to be caused by a build up of lactic acid, but lactic acid is not involved in this process.

Thanks for nothing you limey bastards. I knew all that, except for the lactic acid party.

Oddly enough, the National Kidney Foundation, has something to say about this. “DOMS usually begins within 6-8 hours after a new activity or a change in activity, and can last up to 24-48 hours after the exercise. The muscle pain is due to inflammation within the muscle, which is one of the main triggers for this muscle soreness.” I didn’t realize inflammation is part of what’s going on.

In all my Googling, I lost track of who to credit of this advice: The best way to relieve muscle soreness is to perform some gentle exercises, like walking or light stretching. It may seem counter intuitive, but the more you move, the faster the discomfort will go away! A heating pad or warm bath may also help to ease the discomfort temporarily, but ice is a better treatment in the long-run because it actually helps to decrease the swelling and inflammation in your muscles.

OT: I was watching a Chapelle’s Show rerun with the racial draft skit. It aired not too long ago and the show’s demise was widely mourned. I can’t imagine any station having the intestinal fortitude to put on anything like it today.

Apparently, we have a new commenter, BethAnnica, courtesy of Mojeaux. To my pleasant surprise, BethAnnica cleverly got out of picking between two inferior musicians by saying she prefers Ozzy. Toxeth O’Grady asked if she knew me. Such good behavior gets rewarded. And one for Moj. 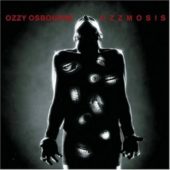