This is the second installment of a series that starts here.

Lest I gave the impression that sled hockey is all fancy trips to Texas playing with Paralympic champions, I give you a B Team weekend in Peoria. Or more accurately, beautiful Pekin, IL, once home to a particularly troubling high school mascot. This one is close enough that we can drive instead of fly.

While you have to work your way onto the A Team roster, B Team is for new players, and recreational players who have no aspirations of playing at a higher level. Everyone who wants to play is welcome. The pace is much slower, and among players there can be big differences in skill levels. This year we lost three of our normal players for various reasons, and we have two new players who just got on the ice for the first time a month ago. This weekend two of the other players who play on both A and B aren’t with us, but we have three players from a Wisconsin team who wanted some playing time because their team isn’t doing much this year.

My role on this team is a lot different. On A Team I’m a forward and play about one third of each game, but on B Team I’m the number one defenseman and I usually don’t take any shifts off. Being the fastest on the team, it’s my job to keep an eye on center ice and prevent any breakaways, and get people away from the front of the net. I’m not scoring many goals, but I’m more than making it up in preventing goals on our end. Plus I get to cut people off and hit a lot more, so that can be fun.

This is an annual tournament organized by The Central Illinois Thunder. This is a fairly new program. They have adult and kids teams. The Thunder was started by an able bodied guy who wanted his young disabled daughter to have a sport to play. He’s since expanded the program to adaptive cycling and wheelchair racing. The whole story is pretty inspiring, and he’s one of the nicest guys I’ve met. The Thunder also have a player who was on the first US team to get a Paralympic gold medal back in 2002. I’ve come across him a lot and we’ve had some fun conversations.

Here’s how the weekend went.

Saturday, 5:45am. My plan is to drive to Illinois, leave my car at an A Team player’s house, and hitch a ride from our goalie. I roll out of bed and head west.

Saturday, 8:10am. I arrive at the aforementioned teammate’s house. He and his wife foster cats so he as about 10, and I spend some time saying hello to a few of them.

Saturday, 8:30am. We realize we spend too much time hanging out with cats and get on the road later than we had planned.

Saturday, 10:45am. We arrive at the Pekin Memorial Ice Rink. It’s a small building with one rink. Our locker room is also small. Like tiny small. So small that our team of 10, some of us with wheelchairs, can’t fit in it at all at once. I keep my pads outside the locker room and get dressed out there.

Saturday, 11:15am. Our first game is against The Thunder. As we get on the ice we find out we’ll have 18:00 periods with a running clock. This pisses off our captain, who specifically told these teams that all games in our league will have 15:00 periods with stopped clocks. The Thunder is a team we’ve always beaten pretty handily. But not today. We lose 2-0, and one of those goals was scored on a nice breakaway by former Paralympic player. With the crew we have our offense is pretty lacking and we don’t get many shots on net. We also have a dog issue. One of our guys brought his “service dog”, which is a not-too-well trained year old female rot. He leaves her behind the bench, and she gets distressed and bites one of our coaches. The player has to come off the ice, then after the game he takes the dog and leaves for the weekend.

Saturday, 2:00pm. Our next game was moved from 3pm to 7pm, so we have time to kill. After an endless barrage of text messages, we finally decide on having lunch at Buffalo Wild Wings. Then we still have time to kill so we just watch football in the hotel lobby.

Saturday, 5:45pm. We arrive at the rink and while we’re in the lobby, a girl with a white cane approaches and tells us we looked good out there. I’m not sure if it’s worse for a blind kid to say we looked good, or a sighted person to tell us we suck.

Saturday, 7:00pm. Next up is St. Louis. Like us, they have two teams and now I’ve played both of them in the same season. This team is young and the whole team’s faster but they can be easily knocked off the puck and are very nervous about getting hit. We have some stretches of time in their zone, but I can’t cut off all their breakaways and we lose 5-2. I had two partial breakaways but my aim is terrible and I miss the net by a foot both times. I had to work hard this game, so I’m pretty tired.

Saturday, 9:00pm. The timing isn’t right for dinner so we grab some McNuggets and hang out in the hotel lobby and talk to the Paralympic guy for a while.

Sunday, 12:30am. Time for bed. This is a nice hotel in contrast to our last B Team trip. I actually sleep most of the night.

Sunday, 8:30am. I wake up a little sore from the St. Louis game. We have a hotel breakfast, sit around again, pack up, and head back to the rink.

Sunday, 12:00pm. This time we play the Indy Steel. They’ve only been around 2 years and have a lot of kids. Three of us are much faster than their whole team, so we purposefully hold back and work on passing to our new players. I nearly connect with one of them on a 2 on 1, but pass just behind him. I really want to get him his first goal, but no luck. We end up winning 5-1, but more importantly the game was slower so we got to work on our team play.

Sunday, 4:00pm. I get back to my car, and my teammate’s wife makes us dinner while I spend some time with the cats again. We’ve planned on both of us going to tonight’s practice.

Sunday, 9:00pm. Some of the guys from both A and B are at practice, and we spend the whole time scrimmaging 4 on 4. It’s a fun night and gets our A team warmed up for the next tournament.

Monday, 12:15am. I arrive at home, throw my smelly hockey clothes in the wash, and head to bed.

Here’s where it gets interesting. I’m home for three days, and on Thursday it’s on a plane to New Jersey, where both teams play in the NHL Sled Hockey Classic, one of the two national tournaments that are held each year. It’s unusual to have back to back weekends like this, but that’s just how it goes sometimes. This is my favorite tournament, and I get to play in it just a few days before my 50th birthday. It will be a quick turnaround and there are lots of things to do in a few days. 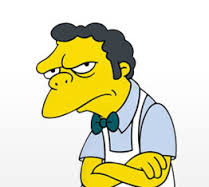