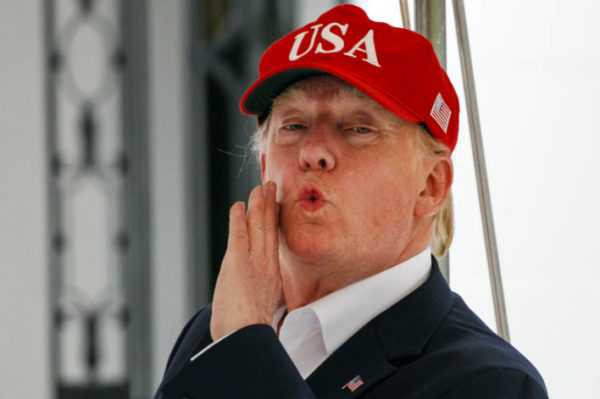 “He turned himself red,” the hat said tightly.

“It’s all over the news,” the hair said.

“He turned himself red.”

“You knew about this in advance?” the hat asked, his voice going icy.

“I just saw that he was all red before Donald grabbed him as we were leaving,” the hair said defensively. “He just jammed him down on me without any warning!”

“Oh, so you’re the victim now?” the hat growled.

“Yell at Donald, not me! I told him not to leave you in the hotel. All those public appearances with that idiot; I talked to him as little as possible. And have you heard the new accent? It’s ridiculous!”

“As a proud red hat, it’s very offensive to me that he did this,” the hat said. “What it is is redface, that’s what it is.”

“Historical inequities in the representation of HOC in various mediums…” the hair began.

“Oh, blow it out your ass,” the hat groaned.

“Where is he?” the hair asked. “I don’t like it when he’s just out there with a toupee. Did you see how stupid he looked without me?” 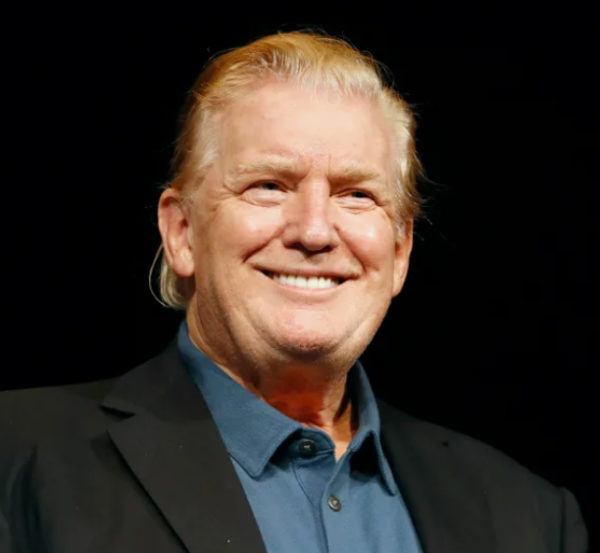 “Oh, now you care about being left behind. When it’s you.”

“I’m on your side here. I don’t want either of those sister-raping trailer bumpkins on top of me.”

“Who’s he talking to?” the hat asked the hair.

“Just wonderful. Wonderful,” Donald said. “Smooth and firm, that’s how I tariff. Smooth and firm until they start to like it. Talk to Sarah; Sarah knows.”

Donald entered, wave to whomever he was talking to and closed the door behind him. His shoulders slumped and he stopped holding his back so straight and he let the cuffs of his suit jacket fall over his wrist as he hung this arms.

“I really wanted those tariffs,” he said dejectedly.

“I’m going to take a bath,” Donald said. He kicked off his shoes and threw his disposable toupee into the trash. He dumped two hats onto his desk before shedding his suit jacket. He left a trail clothes as he walked into the Presidential Shitter and slammed the door behind him.

“Wow, I haven’t seen him this upset since Vanna White’s neck started looking like a turkey wattle,” the hair said quietly.

“Haw-haw-haw,” the USA hat hawed as he unfurled from the crumpled ball Donald had left on the desk.

“You son of a bitch,” MAGA Prime spat.

“Oh, is that what you were thinkin’?” the white USA hat said as his red counterpart unfurled next to him.

“There’s two of them!” the hair gasped.

“It, uh, seems to me that we got ourselves an old fashioned Messican Stand-off uh-here,” the red USA hat said in a rolling baritone.

MAGA Prime growled, the hair coiled his tendrils, the white USA hat flexed his bill again, and the red one grumbled like an idling semi as they closed toward each other.

“You will not survive this,” red USA said. “I will…” but he was cut off by the door to the Presidential Shitter flew open. Donald stood there in just his socks and garters.

“Donald! Put on some clothes!” the hair said, shocked.

He stomped toward the four of them, considered for a brief second and grabbed up the red USA hat.

“I’m his favorite now,” the red USA hat said to MAGA Prime and the hair.

“Noooooooo-” the red USA howled until he was cut off by the closing bathroom door.

Buenos tardes Gliberinos!  Brett is out, selling the Tampastan Devil Rays some cocaine, so they called me in from the…

[caption id="attachment_41850" align="alignleft" width="550"] I'm putting my plans for an automatic groping device on hold.[/caption] Good morning my Glibs and…